First of all, allow me to apologize. I have no excuse for my lack of communication or for my lack of commitment lately. Yes, I was sick for a while and the lasting effects kept me from being able to exercise, but I I have been feeling like myself for over a week now so I have no excuse. My last post…well, that wasn’t me. There was no reason for me to allow myself to get to that low of a point, especially considering the progress I had made prior to going away and then coming back and being ill. That person allowed herself to get discouraged and allowed herself to get lazy with her eating habits. That person has finally gone and I am determined to get right back on track again. So first things first…

I am easing myself back into it again. I have yet to do anything strenuous but in between running around on Mother’s day for brunch and dinner plans, me and Mike managed to at least get in a 3 mile walk at Caumsett State Park. It may not be much, but hey, it was Mother’s day, so any work I was able to put in that day was good work.

We had planned to go to the gym on Monday night, but it was such a beautiful night out that we decided to go for another walk (about 3.3 miles). While I did feel bad about not going to the gym initially, I felt like I just really needed to be outdoors.The entire previous week had been cold with rain every day, so to have the feeling of warmth and sunshine on me felt so rejuvenating. I did include a couple of one minute running spurts in between so I plan to keep that up each time we go for a long walk (I still plan on working on my challenges!).

While I do want to make it to the gym a couple of times this week, tonight won’t be it. Like I mentioned earlier, I had also gotten lazy with my eating habits so a trip to the supermarket is necessary to get back on track!

I have made sure to take steps to ensure my increase in activity in the near future. We just booked a small trip for Memorial Day weekend to Vermont with a couple of friends. Why Vermont? Because it turns out that there are a bunch of great hiking and climbing trails available so we plan to be outdoors all weekend long! Not to mention, Rugged Maniac is slowly getting closer and I definitely need to get myself back in shape for that.

Again, I am sorry I fell off the wagon and allowed myself to get discouraged and unmotivated. It does suck that all that work I put in before feels like it’s dissipated, but I only have myself to blame for that. If I want to be healthier and fit, I have to put the work and effort it. It won’t always be easy to keep up (as April has proven) but that doesn’t mean that I had to give up when it got hard or let myself stay out of the game for longer than I should have.

8 thoughts on “Finding My Way Back…” 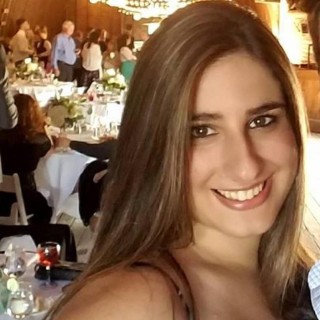 Follow Working Mom on the Run on WordPress.com
Join 307 other followers